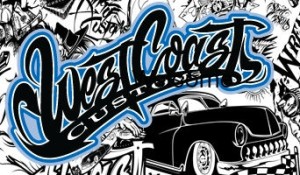 “The West Coast Customs booth will be larger and more extreme than previous SEMA shows,” said Ryan Friedlinghaus, CEO of West Coast Customs. “We promised our fans that we would return to SEMA in a big way and well the booth and the builds speak for themselves. My crew has been working hard all year to bring these vehicles from rendering to reality and now SEMA show attendees can see first-hand the West Coast Customs gallery of vehicle art.”

The booth brings the West Coast Customs lifestyle to life and features some of West Coast Customs’ most prized works of vehicle art. This year, the customizers partnered with Chrysler as part of their continued relationship to showcase a one-of-a-kind 2013 Chrysler 300 decked out in all black chrome as well as the 2012 Chrysler 300s which will be given away by eBay Motors. Some of the infamous celebrity rides will be on display including vehicles from Justin Bieber, Will.I.AM, Tyga and Guns and Roses lead guitarist Dj ASHBA. To top off the booth, West Coast Customs is featuring Cracker Jack’d’s distinctive RV complete with a water-filled dunk tank.

The WCC team will also be on hand building out Chryslers in the booth as part of the West Coast Customs Experience. SEMA show attendees will have the opportunity to help the team build custom vehicles during the show with our top vehicle modifier master minds Kenny Pfitzer and Ish.

Ryan will also unveil his latest build which was built for his son Lil’ Ryan. The latest creation from WCC features a new custom paint color; WCC Whitegold. This BASF exclusive will be setting the trend for new paint styling.