My suit was at the dry cleaners so I didn’t go to the North American International Auto Show this year, and I’m not going to pretend I did. But with all of today’s social media and access to some exclusive press materials, anyone can pretend to be there. Here are our thoughts about the cars we missed:

A vehicle that caught my eye right away was the VLF Force 1 – or as some in the media have said – The Force awakens.  This new production ready $300,000 American Supercar is essentially a rebadged Viper with a beefed up V-10 under the hood, but to say that’s all it is would be rude. Henrik Fisker – formerly the founding partner and executive chairman of Fisker Automotive – was the head designer of this somewhat angry looking, 745 hp V10 beast, which in my opinion has great lines. The all carbon fiber wrapped in leather machine will be built in limited quantities in Auburn Hills, Mich. just up the road from the Cobo Center. 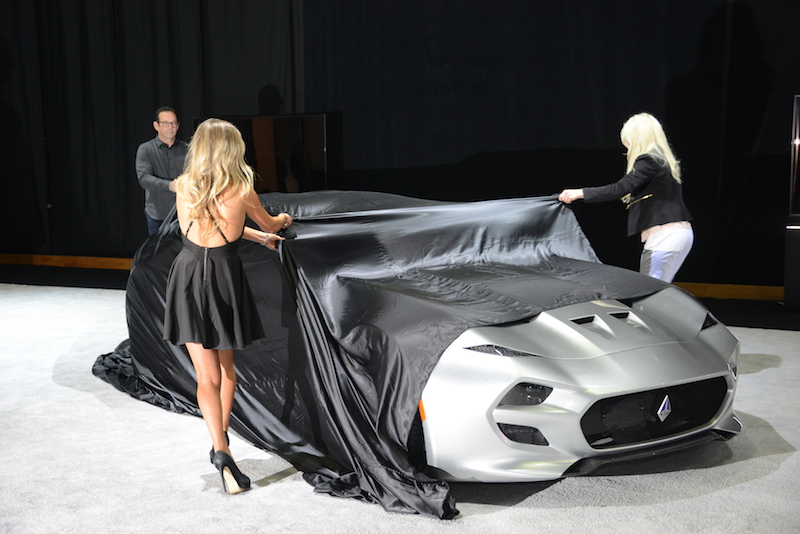 Some comments on social media were not so kind to the Force 1, but it was an eye-catcher and a design you either love or hate. Not much in between.

PH weekend catch-up: This is what you get when you mix a Viper and Fisker… the VLF Force 1 https://t.co/O515qWQAOVpic.twitter.com/8U4tTlq20V 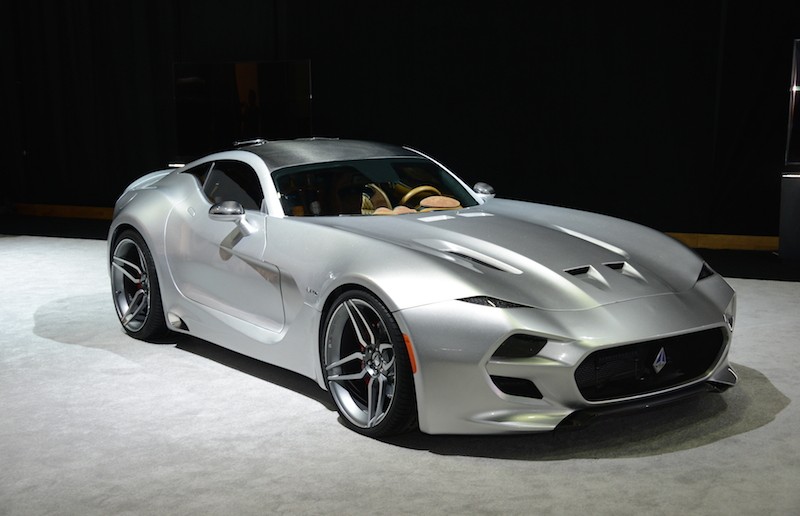 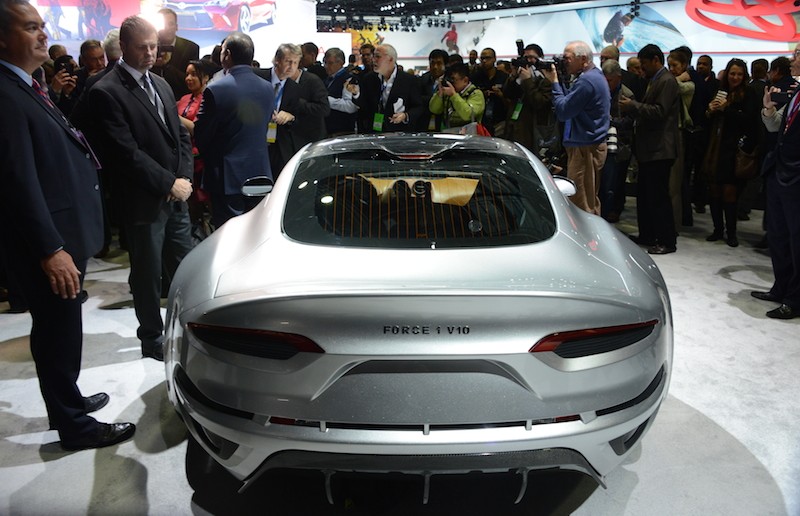 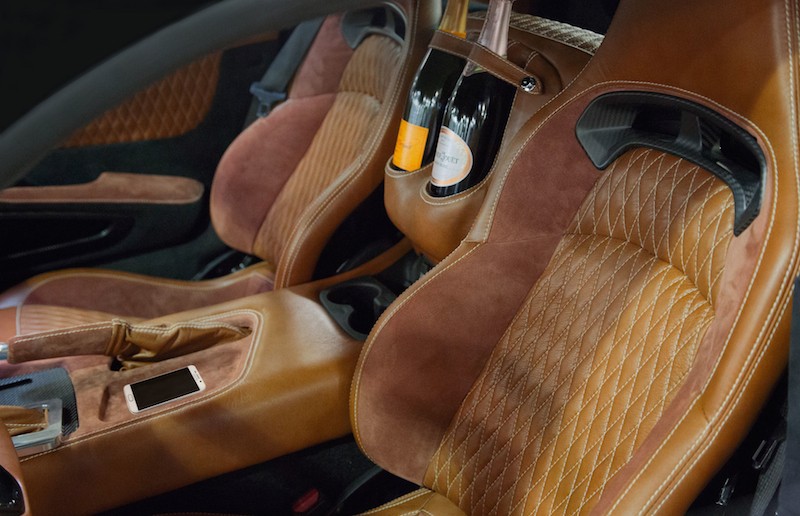 Concept cars are a big part of any auto show worth its salt. The salt was maybe a little lower in sodium this year with only a few noteworthy concepts, at least from our perspective.

Acura staged the worldwide debut of its new Precision Concept, which top company executives described as the inspiration for and indicative of all future Acura vehicle design. 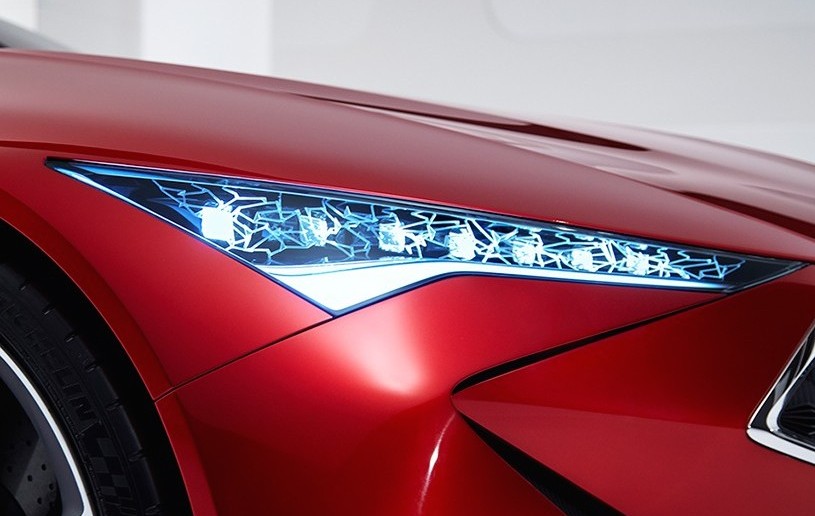 This is not your grandfather’s Buick, to say the least. Buick has been steadily upping its image as a cool, affordable luxury spinoff of GM, and the rumor mill was buzzing before the unveil but I think Buick exceeded all expectations with the Avista. This gorgeous car features flowing, smooth lines and looks sexy standing still. And if that weren’t enough, it comes packed with a 400-hp punch via a 3.0L twin-turbo’d V6 and it’s RWD, much appreciated by driving enthusiasts everywhere. The Avista appears to be a more refined version of the Camaro and Cadillac ATS-V, which is no coincidence since it rides on Chevy’s Alpha platform, according to Road & Track.

While my suit may have been stuck at the dry cleaner, our sister publication Tire Review had no such issues. Here are a few quirky-looking cars they snapped as they made their way through to where “the rubber meets the road.” 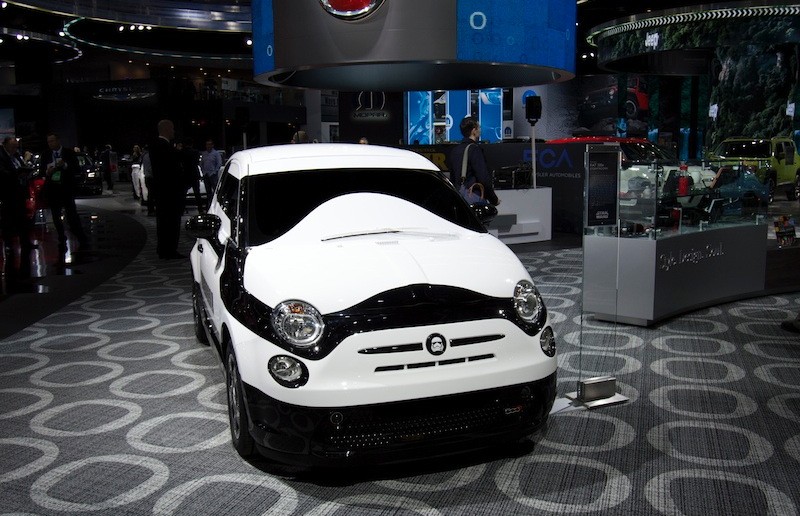 The exterior of the Fiat 500e stormtrooper is inspired by the armor of the First Order Legion, with a two-tone black and white custom painting of the car body. The windshield and the side windows are wrapped to bring out the immediately recognizable visor and helmet of the First Order stormtrooper. Inside, everything is in black and white, too, with total custom front and rear seats upholstered in leather. 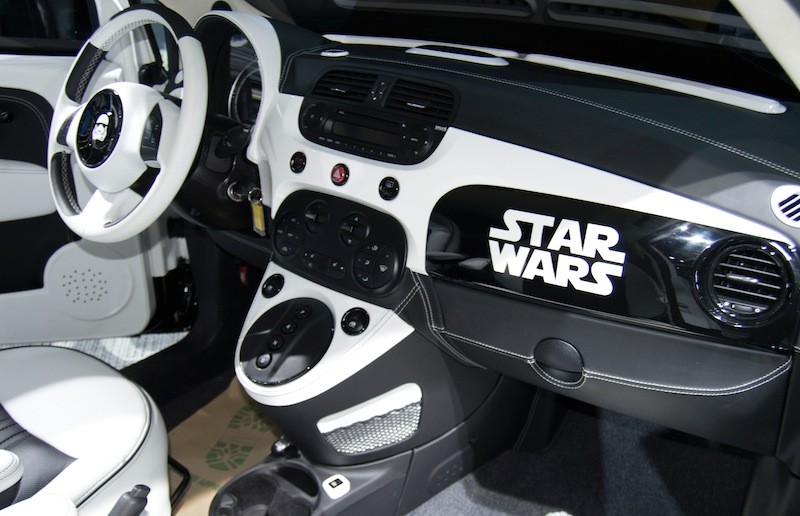 For something of the three-wheeled variety, we had Toyota’s urban mobility concept. The i-ROAD by Toyota combines the potential of both cars and motorcycles. It’s like Skiing!, says Toyota’s webpage for the I-ROAD.  The left and right front wheels move up and down independently synchronized in response to the driver’s steering, and the vehicle automatically selects the optimal lean angle when cornering. I think it looks a bit more like a Star Wars vehicle than the Storm Trooper! 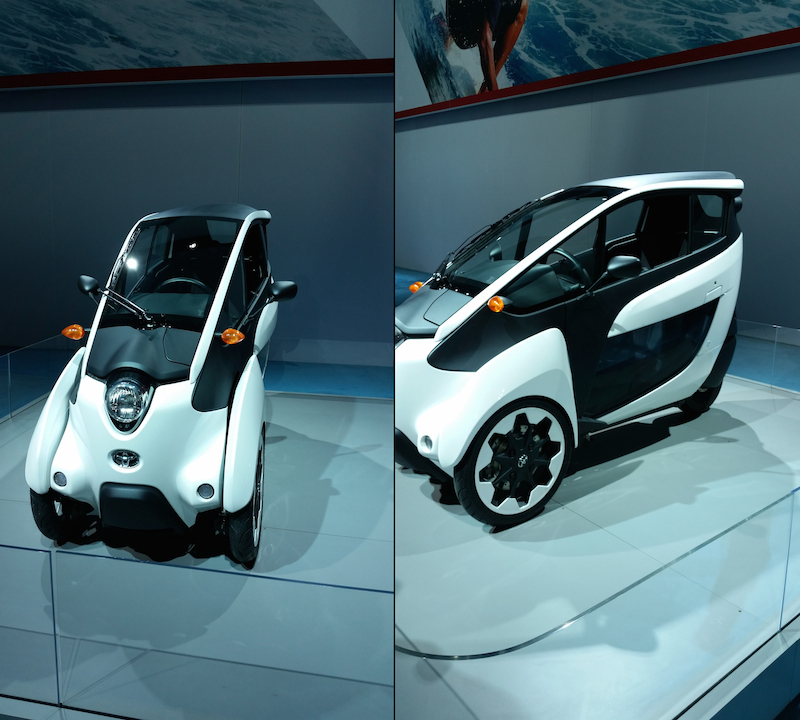 There are always a few race cars at NAIAS, but aside from the stray IndyCar (promoting the Detroit Grand Prix June 3-5) and the occasional NASCAR Stocker (promoting various sponsors), there really wasn’t anything that we could find that we haven’t already seen. Kind of a yawner but here’s a few. 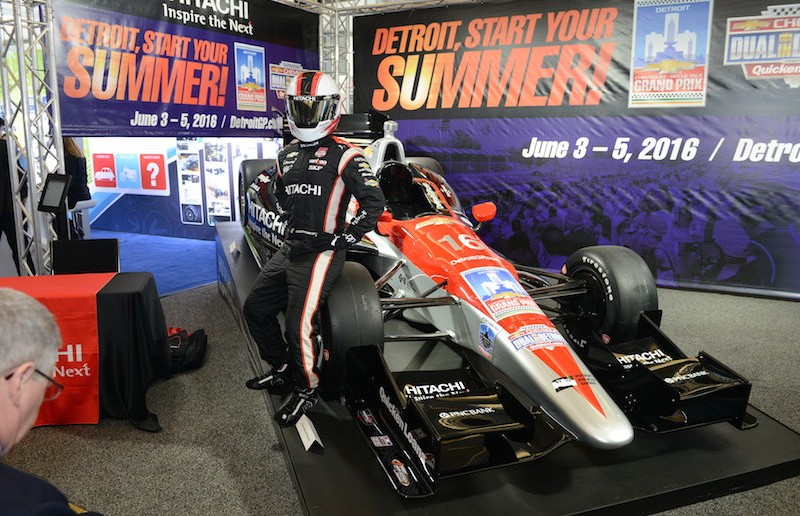 Mazda had to show off their new LMP2 machine that will be competing later this month at the Rolex 24 Hours of Daytona and in the full season of the newly renamed IMSA WeatherTech SportsCar Championship. Also new for this year is the shift from diesel power to its MZ-2.0T  turbocharged inline, four-cylinder engine built upon a similar foundation as the MZR-R engine that was developed by Mazda and Advanced Engine Research Ltd. (AER). 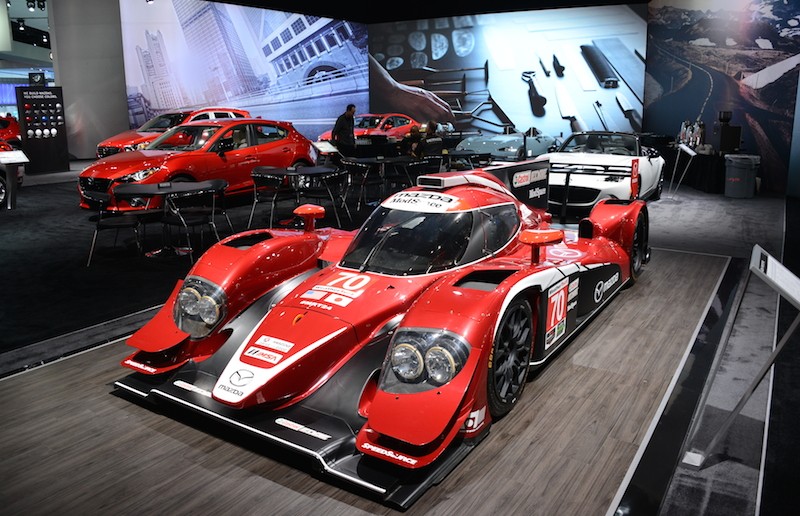 Ford GT – LeMans edition that will be raced in WEC and IMSA with Chip Ganassi Racing.

The new NASCAR Fusion, which hits the track next month at Daytona Speedweeks, produces upwards of 750 horsepower at 9,000 RPM. Under the current rules package Ford Fusion NASCAR drivers will digest more information with a new digital dashboard system that is mandatory this season – teams can switch between as many as 16 preset screens to display information with three different graphic looks.

(Video from The Detroit News)

After the two-day press preview, NAIAS opened to the public last weekend with attendance estimated at more than 200,000 – all wanting to get a glimpse of the more than 700 vehicles on display and the over 50 vehicles that debuted earlier in the week. Attendees experienced a show floor that has undergone a remarkable 70 percent transformation, and they interacted with new exhibits that totaled more than $200 million in investment from exhibitors.

Better get my suit ready for next year!