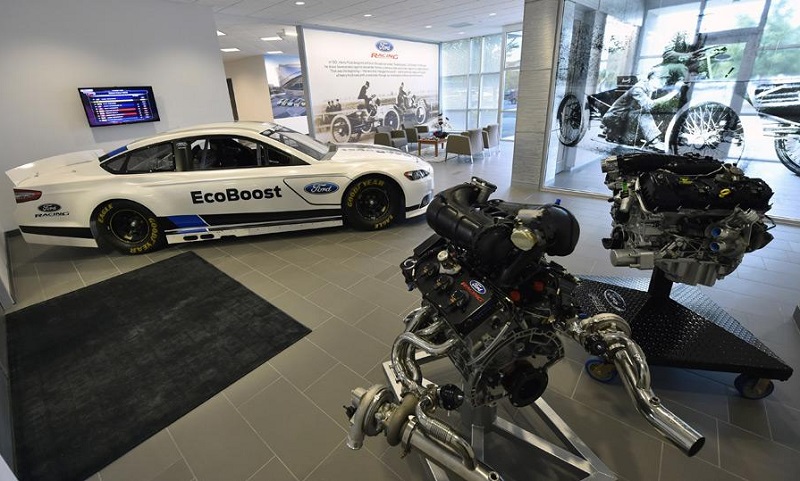 With many manufacturers today entertaining a presence in racing, whether it be NASCAR here in the US, or Formula 1, rally, or endurance and sports car racing abroad, the question of whether or not this is a useful return on manufacturer investment remains one that is a subject of considerable debate.

Bob Lutz, recognized universally as a car industry guru for his tenure at the Detroit Big Three and elsewhere, chimed in during an editorial he wrote for Road and Track magazine in their May issue this year. Lutz began by saying,

“Today, as a manufacturer, I would no longer spend the money­—not on Formula 1 nor any other open-wheel series, the DTM, any sedan series, and most certainly not on NASCAR.”

Lutz went on to say that the presence of manufacturers in racing was more-so political in terms of the way manufacturers were represented. He contends that manufacturers reap very little from racing, and that the mantra of “Win on Sunday, sell on Monday” was untrue- that during his time as vice chairman of GM, NASCAR benefited the Chevrolet and Pontiac brands in no appreciable way.

“Win on Sunday, sell on Monday” certainly wasn’t working for the humble, pushrod V6 Grand Prix sedans and Monte Carlo coupes. The parking lot of any major NASCAR race was filled with pickup trucks and RVs, but one looked in vain for Dodge, Ford, Pontiac, or Chevrolet cars. To compound matters, media coverage was always focused on the driver, not the marque.”

Lutz contends that racing has strayed too far from its roots, with the sport devolving into some form of “spectator circus,” not allowing for innovation and technological diversity. Lutz echos the concerns with spec-racing that many embrace today. Series of this nature often draw criticism for their lack of development and technological breakthrough, yet many continue to embrace this model.

Lutz advocates a model of refocusing racing on technology and development, remembering the post-war racing environment which entertained a myriad of designs and allowed brands such as Lotus to rise from obscurity, owing mostly to their success in motorsport.

“But this all took place in an era when racing was truly competitive, many solutions were permitted, the cars were not nearly identical, and the emphasis was on winning technology, rather than feeding a spectator circus.

Return racing to its roots. Let each manufacturer choose whatever size, configuration, and powertrain it wants. The sole stipulation: the amount of fuel would be based on covering the distance at 20 mpg. Want to go small and lightweight? Choose a 750-cc turbo triple. How about partial battery range before letting ‘er rip? What an interesting and diverse field that would produce, and it would drive technology again.”

Whether or not Lutz’s concerns are valid, it seems few are heeding his advice. One place where Lutz’s vision of allowing manufacturers to thrive technologically may be in the FIA World Endurance Championship, however; the series allows a wide range of designs. Here, engine configuration, supercharging/lack thereof, hybrid setup/lack thereof, and even choice of gasoline vs diesel are left to the manufacturer.

Even in places such as Formula 1 though, where the rule-book isn’t quite as open as it used to be, we still see a breadth of development and diversity. Technologies such as electrified turbochargers and KERS systems have already began to trickle down to the production cars of their respective manufacturers. Mercedes’ “split-turbo” design was seen as a major innovation, though it has yet to trickle down to road-cars.

Lutz’s entire editorial for Road and Track can be read here.