While perhaps selling well in other parts of the world, brands like Citroen, Peugeot, and Renault have been noticeably absent from the US after poor sales forced them to withdraw at various points during the latter half of the last century. Today, their names evoke memories of poor reliability, though some remember their innovative styling. Now, however, the idea of a relatively lesser known French brand, DS, coming to the US has been tacitly confirmed by remarks made to Car and Driver by an executive close to the process.

Renault left the US market out-right in about 1987, though they continued to build the Eagle Premier for Chrysler until the model’s cancellation in 1992; Chrysler bought a controlling stake in AMC from Renault in the late 1980s. Peugeot left the US market officially in 1992, just a year after the last car from partner company Citroen was sold in the US; Citroen officially left the US market in 1974, but Dutch importer CX Auto continued to import their cars to the US until the early 1990s. Along with Renault, their cars are still available in Mexico and South America, but a US return has been all but ruled out.

After leaving the US market in the 1990s, the PSA(Peugeot and Citroen) conglomerate has had its ups and downs, which included a brief alliance with General Motors and attempts to shake the original Peugeot family’s leadership of the company. Amid recent sales struggles, a new part of the company’s strategy going forward has been to allow Citroen sub-brand DS the freedom to operate on its own. The new move positions DS as a premium, performance-oriented offering, relying heavily on Citroen styling and technology.

In a recent conversation with Car and Driver, a PSA executive close to the DS brand commented that an offering of DS branded vehicles in the US was “necessary,” further hinting that it would happen before too long. A glance at the company’s UK site seems to reveal a model lineup which is more on the compact side and priced on the lower end of what would be considered premium. A large portion of the brand’s European appeal is with more artistic and intellectual types, and DS has capitalized on the demise of the Saab and Lancia brands, as well as Alfa Romeo’s march away from premium models, in order to capture market share.

The whole of the DS lineup currently relies on different analogues of the “Prince” engines, which were co-developed by BMW and PSA. A 1.6 liter in-line four cylinder mill which features both direct injection and variable-valve timing, the engine also sports turbocharged variants producing up to 300 horsepower. Critics of the brand opine that a larger engine option would be needed for a successful US presence. 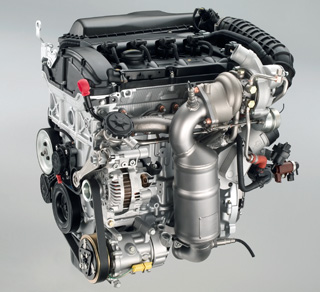 With new larger models planned for the brand, especially performance ones, a DS launch in the US may be more plausible, thought it would face significant challenges, including a lack of qualified dealers and saturation of the US luxury/premium market.

For more information on the history of French cars in the US, visit French Cars In America‘s website.