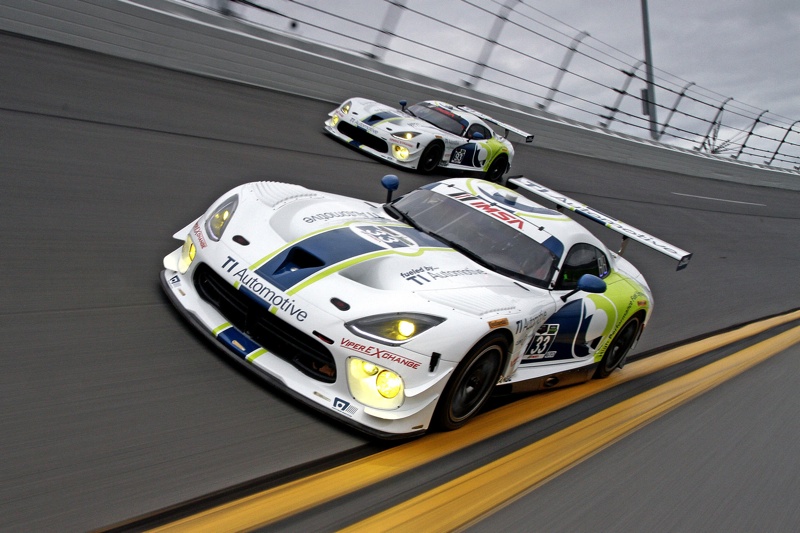 It was a hard fought battle this past weekend at the Rolex 24, but the Viper managed to take home the win in the GTD class. After running neck and neck with Alex Job Racing’s Porsche 911, the Riley Technologies Viper pushed past the competition to take home the win. Driver Ben Keating declared,

This win is for the Viper nation, bringing it back to Daytona!

Citing the great teamwork exuded by the Riley camp, Keating also went on to say,

“It was a great team success, I’m so proud of them … We were very sad when the program was pulled and happy we could give the SRT a win,” said Farnbacher, while Lawrence added: “This team is just amazing, we did our job perfectly and it’s just unreal.”

The win was much needed, especially after Riley’s second Viper failed to finish, retiring seven hours before the close of the race. The win also enhances Riley’s position to field Vipers in further racing events, after Dodge withdrew its support from the team. The team has contended that they are working towards bringing the Viper to LeMans this year for an attempt in the GTE class.