Zynga, a leading social game developer, has announced the exclusive launch of the Ferrari 70th anniversary lineup in CSR Racing 2 (CSR2). Starting now, players can get behind the wheel of a special 70th anniversary Ferrari 488 GTB, one of the six limited-edition Ferrari vehicles coming to CSR2 in honor of the iconic Italian car manufacturer’s milestone celebration. 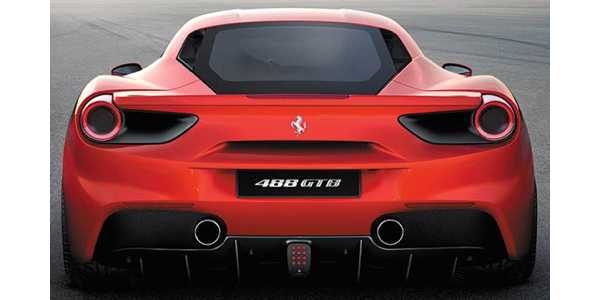 “Over the course of 70 years, Ferrari has set the luxury standard of excellence in the automotive industry, producing some of the world’s most desirable vehicles,” said Bernard Kim, president of Publishing, Zynga. “As the exclusive mobile partner for Ferrari’s 70th anniversary, we are honored to share in celebrating the enduring legacy of this global icon by giving our players access to a collection of some of the most popular and historic Ferrari vehicles ever made.”

As a phased in-game event kicking off today through February 2018, CSR2 will be rolling out special anniversary Ferrari models including the Ferrari California T, inspired by the striking silver 250 Testarossa Spider Scaglietti from 1957, and the 488 GTB, modeled after the F2003-GA Formula 1 car driven by legend Michael Schumacher. The limited-edition vehicles featuring 70th anniversary configurations and options will be available in the game’s dealership, in addition to the 20 Ferrari vehicles currently in CSR2. Throughout the 70th anniversary celebration, CSR2 players will have the chance to participate in a set of unique challenges with exclusive Ferraris to earn coins, keys and tokens to further advance in the game.

“Since launching last year, CSR2 has continued to lead the mobile Racing category by creating the most authentic and visually stunning drag-racing racing experience available today,” said Julian Widdows, general manager, CSR2. “We’re proud to partner with Ferrari to bring our players six, never-before-seen vehicles to the CSR2 garage in honor of Ferrari’s 70th anniversary celebration. Our team has worked closely with Ferrari to ensure that every detail, from the paint colors to the stitching, reflects the commitment to design, luxury and performance that the brand has cultivated throughout 70 years.”

In addition to the in-game rewards, from September 14 – 29, CSR2 players who acquire either the Ferrari 488 GTB or the Ferrari California T will be automatically entered into the Ultimate Italian Roadtrip sweepstakes. Three lucky fans, along with a guest, will be treated to a round trip excursion to Italy including a tour of the Ferrari factory in Modena, a racing experience in the simulator in Milan and attendance at the Finale Mondiale to see some of the world’s fastest Ferraris on the track.